All In: How Great Leaders Develop a Culture of Belief and Deliver Big Results

While most leaders understand their most reliable competitive advantage comes from their people, few know how to get their teams “all in”—convincing employees to buy into the strategy they’ve put forward. If a culture is clear, positive, and strong, then people will believe what they do matters and that they can make a difference. If a culture is dysfunctional—chaotic, combative or indifferent—employees will spend more time thinking about why the people sitting next to them should be fired than getting fired up themselves.

Teaming up with research giant Towers Watson, #1 bestselling author Chester Elton presents the findings of an unprecedented 300,000-person study conducted in the worst of the recession for his book All In. Based on this breakthrough research and his extensive consulting experience with a who’s-who of successful organizations, he presents a simple roadmap that all managers can follow to create a high-achieving culture in their own teams where employees are engaged, enabled and energized.

Elton offers specific how-tos for each step, and tells fascinating stories of leaders in action that vividly depict just how these powerful methods can be implemented. Audiences will learn:

This presentation was part of the 2019 RPi Virtual Conference sponsored by CA Short Company, Peerless Performance, and Inspirus. 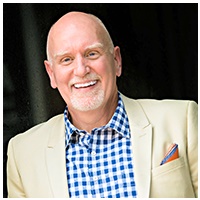 One of today’s most influential voices in workplace trends, Chester Elton has spent two decades helping clients engage their employees to execute on strategy, vision, and values. Is Ranked as a Top 30 Global Guru in both Leadership & Organizational Culture.

He has been called the “apostle of appreciation” by Canada’s Globe and Mail, “creative and refreshing‚” by the New York Times, and a “must read for modern managers” by CNN. Elton is co-author of the multiple award-winning New York Times and #1 Wall Street Journal bestselling leadership book, All In, The Carrot Principle, and The Best Team Wins. His books have been translated in more than 30 languages and have sold more than 1.5 million copies worldwide.

Elton is often quoted in publications such as the Wall Street Journal, Washington Post, Fast Company and the New York Times. He has appeared on NBC’s Today, CNN, ABC, MSNBC, National Public Radio and CBS’s 60 Minutes.

Elton serves as a leadership consultant to firms such as American Express, AT&T, Avis Budget Group and Procter & Gamble.